The Oscar Celebration is set to continue when the Oscar Speech Awards are delivered tonight. For those who are unfamiliar, the Oscar Speech awards are a night of celebrating the best Oscar speeches in different categories. From Best Performance in a Crying Speech to Best Speech in a Foreign Language, a select few Oscar winners will be able to take home a second piece of hardware.

Many people are organizing Oscar Speech Awards parties with their friends in order to enjoy this event to the fullest. “I spent all day making appetizers and getting our ballots ready for this exciting night,” Area Mom Andrea Weber told Flipside reporters. “I’m even dressing up as Jennifer Lawrence. There’s no way she doesn’t win Best Shaky Voice in a Leading Role.”

Unlike the normal Oscars, this ceremony’s audience is made up of those honored in previous speeches. This will include various distant family members, friends of friends and most likely God from multiple religions. Also, the trophies will not be gold statues of a man standing with really straight posture; trophies will be in the shape of half-crumpled pieces of paper with scribbled writing on it.

Audience members have had varying emotions about attending this event. One excited audience member, Daniel Day Lewis’ 3rd cousin twice remove told us, “I just never thought I’d become this famous. But at the same time, I was going to be pretty angry with uncle Danny if he didn’t get me in that speech.”

Other, much closer family members who were neglected in a speech were not allowed to be at the event. “I just can’t believe she forgot me in her speech,” frustrated husband Alejandro Von Steuben said about his wife, Makeup Artist Renee Qualmaggio. “I mean, what did her God do to make her a good makeup artist that I didn’t.”

Last year’s winner of the award for the Best Corny Joke Told by a Supporting Actor, Matt Damon, will be hosting. If you know what’s good for you, you should make sure to turn off Walking Dead or whatever show you’re obsessed with and tune in to the Oscar Speech Awards. 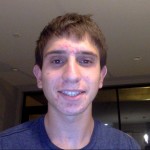