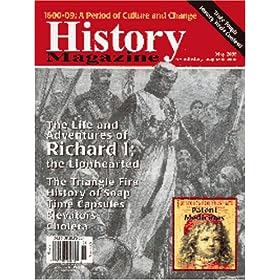 ANAPOLIS, MA—After scouring the lost pages of my favorite magazine, the renowned History Magazine, I found that the unbelievable 1849 November edition is as current as ever! However, I am afraid to say, I cannot believe some of the glaring omissions!

It reminded me too much of the History Magazines from today. Because it’s so funny how the Revolutionary War still makes current news in History. It seems the times haven’t changed! And it’s funny how we write about the War of 1812…and we thought that stuff was old news!

No, I tell ya, my collector’s edition 1849 History Magazine is as true as it ever was. The only thing is, I can’t believe it didn’t mention the Gold Rush! I mean, looking back, that seems to be such a big event in history! I really feel like we lose perspective. Sometimes in history, we miss the forest for the trees, but that is an inevitable and quite sad part. But, really, they could republish this one today, and no one would no that it was out of date! That’s the great thing about history… always current, even when it’s a million years old!

By Jeffrey Hoodaman Several dozen students were enraged after the school administration…
SENIOR CAF, DHS (Flipside) — A senior with a disheveled appearance stood…