DEERFIELD, IL–Speculation as to how School Chest received its name has been surrounding the yearly charity drive for as long as Uggs have been cool. After consulting Siri, who was unable to tell us anything other than that there are eight Starbucks located within five miles of Deerfield, The Flipside did a little investigating.

As it turns out, School Chest was originally a rummage sale called community chest. With a lawsuit from Monopoly pending, DHS changed its name to avoid one-eyed stares from the monocle-wearing Monopoly man. APES decided to pick up the rummage sale duties because that obviously correlates to their curriculum…through recycling (which is totally not Earthwork’s niche at all). The new School Chest was taken over by StuCo, never to be confused with StuCon, and the school quickly announced how proud they were that all of their clubs were so different and that no responsibilities ever overlapped.

However, these three weeks of School Chest are a uniting time, when all the clubs can cast aside their differences for one goal. To do so, each club is responsible for planning a different fund-raising activity. Yet this year, with the first ever international School Chest, the events are getting a bit of a face-lift (liposuction was too expensive).

The mahjong tournament will now be a BINGO tournament, with the hopes of attracting elderly men, young children, and cruise-goers in addition to the usual crowd of moms and elderly women.
“I can’t wait to get in the vacation mode with the BINGO tournament. Usually School Chest cramps my style of trying to lose weight before bikini time over break, but this will definitely help my BINGO skills for my cruise next week” sophomore Sandra Tanner raved.

Mr. DHS will now be a co-ed dogs and children pageant titled “Little cuties of DHS.” Sponsors are hoping to ride the coattails of both the successes of “Toddlers and Tiaras” and the annual Deerfield 4th of July dog show.

Deerfield Idol is also receiving a makeover, and will be called “Deerfield’s Got Talent and The X Factor.” The new all-a capella show will feature judges’ chairs like on “The Voice,” except organizers have yet to find a judge as short and as fat as Cee-Lo to fill that spot. The other two judges will be a British guy and Kellie Pickler. According to Pickler, Nickelback wanted in on the international School Chest, but were turned away because when revealed they were Canadian they were unable to perform Robin Sparkles’ “Let’s Go To the Mall” in its entirety. “Hey, the NFL hates them too” Fred Faskwol said, justifying why DHS would turn down the help of rich superstars.

Homeroom sales will remain the chaos that they have been of past years, just as the benefit will remain unattended by the average student.

Sadly, what most look forward to as their favorite part of School Chest is in danger: Esther may have a previous commitment on the day of the Golden Chef sale. She could not be reached for comment, but hopeful students are preparing their best $5 bills to welcome Esther back to DHS.

Oh, and don’t forget the bowl-a-thon.

WDT is under attack. They’ve been made villains by nearly all of…
by Anfernee Van Tarkus MASSACHUSETTS-Leading donut and coffee provider Dunkin’ Donuts has… 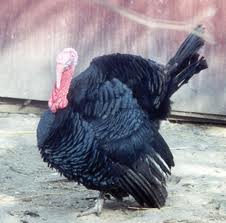 by Austin Graypad Recently, I have been asked about super heroes, or…
SENIOR CAF, DHS (Flipside) — A senior with a disheveled appearance stood…